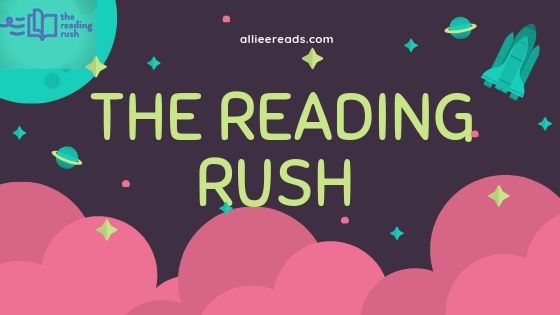 ft. emotional breakdowns and reading as an escape

So, if you were privy to my insta-story, you will know that yesterday, on the actual day three of the readathon, i kind of went into a stressed induced emotional breakdown. And, i know saying ‘breakdown’ is a slight exaggeration, and i don’t mean to triviliase, but all i know is i had to come home early from uni, cry and stare into space for a bit.

anyway! enough about the state of my mental health at the moment, let’s talk books! So today and yesterday, I found that my momentum kind of slowed down a bit (for obvious reasons) but I was able to finish a book!

This afternoon, I finished The Hating Game by Sally Thorne in order to fulfil ‘read an author’s first book’ challenge. I don’t really know what to think of this book, to be quite honest. I liked it, most definitely, but it was not a five star book by any means. I found Lucy, the main character, to be SO STUPID – her actions just didn’t make sense and i know it was more about lengthening the ‘miscommunication’ sort-of trope within the book. Lucy would make a decision, and then ANGST and FREAKOUT about it for what felt like YEARS. It was this constant back-and-forth and all I remember thinking was, this book could have been shorter.

But I won’t lie and say it wasn’t cute, because it was, the ending was adorable and I grinned so hard because finally the two characters got their shit together. But for me, FOR THE LOVE OF GOD HAVE CHARACTERS THAT ACTUALLY PROPERLY TALK TO EACH OTHER. Josh, the male love interest, was all about the PINING FROM AFAR and how could you not know i loved you the moment i met you even though he spent the past two years in this ‘nemesis-state’ of rivarly and meanness because he liked the way she got angry or something as well as he loved the way she fought back.

Just, it was a lot of tropes, which isn’t a bad thing please don’t come at me, it just would have been so much more enjoyable if the pacing was slightly quicker. I also felt that there was an inordinate amount of time spent on constatnly describing and bringing up how attractive and amazing Josh’s body was, even though his character brings up that his physical attributes is kind of a sore spot for him, considering he has had women claim that his body is hot but they couldn’t handle his personality. Lucy, however, would constantly bring it up to the point where I didn’t even feel as though they actually created a solid emotional connection?

In saying that though, it was a solid 4 out of 5 star read, because I couldn’t put it down and I wanted nothing more than Lucy and Josh to find their happiness together.

I then, after a break that was just me languishing in bed and evaluating my mental health, I began the next book on my list I Am Change by Suzy Zail. I won’t say much on this book, as I haven’t read much, but I can already tell that it will be a powerful book. As I am reading it, I’m getting angry, I am extremely emotional when reading it because it is raw and does not sugarcoat the story, it unabashedly waves it in your face until you have to sit their and confront it. It is written in a way that makes you stand to attention. I do find, however, that the writing in itself is quite jumpy – so it jumps from scene to scene and you have to figure out what’s happening and how the characters got from point a to point b but that is, at the moment, my only critique. There is a sense of doubt, and by this a mean, I think that perhaps I shouldn’t have chosen this book for this readathon, because I know that it’s going to take a lot out of me and I don’t want to be emotionally drained completely as I still want to read another book (or two depending) – so fingers crossed!

If you want to know more about the book, check its goodreads page, but when I finish it I will give a brief summary and I am going to be reviewing it for its upcoming blog tour in August.

How’s your reading rush going? I am about to fall into bed because that is just my constant state at the moment!

Until next time (most likely tomorrow), happy reading!

📖 local library snapshot 📖
Blakwork by Alison Whittaker was an absolutely beautiful poetry collection that explored colonialism, racism and Australian Aboriginal identity. Alison Whittaker’s writing is masterful and I would highly recommend Aussie readers to pick this collection up.
🌼 just a tiny library book haul 🌼
i havent been able to get this out of my head ever since i read it.
One of my FAVOURITE reads of 2022 already. The Jasmine Throne by @tashasuri was a masterpiece in epic fantasy. I read this as part of the @sapphlit bookclub!
✨ currently reading Fathers and Sons by Ivan Turgenev! ✨