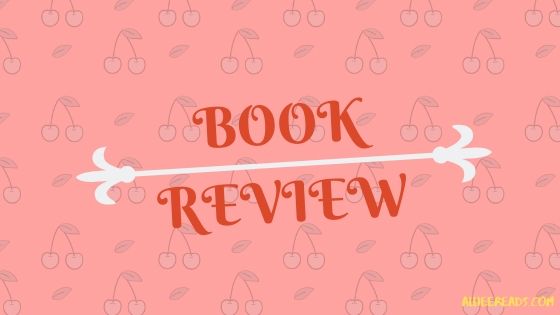 destroying every body in her trajectory

Egg-Shaped Ball by Laura DiNovis Berry is a poetry chapbook dedicated to the women who have had to fight for their right to play rugby. Traditionally a ‘man’s sport’ – well, which sport isn’t – Egg-Shaped Ball delves into the realistic experience of these women through gritty metaphors and sharp detail.

The synopsis on Goodreads is as follows:

These poems race down the pitch and each syllable pumps ferociously happy blood. Dedicated to rugby and the women who play it, this chapbook honors the intense lows and electric highs a player can feel when she laces up her cleats.

As someone who does not watch rugby, I still was able to understand the experience of these women as a result of the poetry, which I thought was an incredible strength of this collection. I understood the emotional fallout of failure, of letting your team down and I appreciated the intensity conveyed through poems such as First Contact, Egg-Shaped Ball and Always a Sub, Never a Starter. I appreciated it because it is an experience that I have never personally felt, but in the moment of reading, I was there on the field and it did feel quite immersive in some respects.

My favourite poems, though, were ones that tended towards the metaphorical. Comet and Snowglobe were the two poems that really grabbed my attention and my emotions. Comet is a poem depicting, what I think, could possibly be the act of playing rugby but it is written in a way that could also be portraying the experiences of fierce women:

The lingering trail of fire is mesmerising.
How can you look away from her?
A comet scorching earth,
destroying every body in her trajectory.
She combusts at her destination,
appearing as a constellation of triumphant stars.

Doesn’t that just hit you? I believe because I don’t play rubgy, I interpreted this poem more so in terms of my own life and that of the women in my life. I adore the use of the ‘comet’ as a metaphor of the ‘woman’, or in this case the woman who is a rugby player. She is underestimated, fierce, does not change directions for her path to success – she gets it done and she does it in a way that reigns supreme, triumphant. I absolutely love the energy of this poem.

Snowglobe, for me, seems a bit more melancholic. I absolutely love the metaphor of the snowglobe, of the ‘snow’ as burndensome thoughts, holding us down but also as that which makes us, us. For me, it was of being shattered apart and realising you need to pull yourself together, to fix your snowglobe. I just find the language in this poem to be really beautiful. It also brings to mind a sort of coming-of-age story, for some reason, and I enjoyed how it made me feel, of the journey one takes, of the hurt and pain, and of constantly having to be ‘collecting all the shards’ of your broken snowglobe. It hit me in a different way than that of any of the poems in this collection.

Though I did enjoy it, especially the poems which I have indicated affected me in a variety of ways, I believe that me not being a rugby player, or even an athlete, resulted in a disconnection with the poetry. There were some poems that I did not enjoy purely because I did not have the experience of being in that position, if that at all makes sense.

At times I felt the language of the poetry to be slightly simple and literal, but again, that is a personal taste thing and not the author’s problem at all. For me, poetry typically wins me over because of the emotional connection I create with the words and the themes. However, in this case unfortunately, that connection did not happen with the majority of the poetry collection.

There was also word choices in some poems that I didn’t quite understand, which could be a result of me not being a part of the world of women’s rugby. There was also a line which referred to team members as ‘cliquey bitches’ – I think though, to depict the jealousy that comes with not getting enough field time, but it still felt out of place for some reason in what I would consider a feminist work of poetry.

There was also a poem that considered ‘victim blaming’, of a female rugby player playing with male players and being asked ‘why didn’t you fight back’ in respect to being tackled in the game by these men. I understand the purpose of the poem, but I think that the way it is written could be misinterpreted or triggering for some women who are survivors of sexual assualt. BUT I get it. Being tackled on the field by 200 pound men would be freaking heavy and it’s a part of the sport, which is why I think the phrase ‘victim blaming’ is a misnomer in this case as being tackled on a rugby team is a part of the sport and not a crime or a wrongful act. Especially since ‘victim blaming’ is typically ascribed to women or men who are raped, sexually assulted, victims of domestic/spousal abuse, etc. I just didn’t understand this poem which was a shame, and it could have been such an interesting insight into the inherent misogyny and sexism in the sport, but it went into a different direction, one that was more an attempt to demonstrate a point which is still valid, I just had a slight issue with how it was conveyed.

I found that this was also apparent in another poem that began with the line: “the fairer sex may be female but don’t think we hide from a good keg of beer or from shooting that boot”. I know I’m nitpicking and I apologise, but I felt as though this line was more of a way to diminsh femininity to be accepted in a ‘man’s world’. The use of ‘the fairer sex may be female’ hits me in a way that is slightly negative, in the sense that I interpret this line as being ‘females may be the more physically beautiful of the sexes (again, using ‘sex’ this way to denote gender as well is problematic) but WE CAN DO MANLY THINGS TO LOOK AT US DOWN THIS BEER’ felt disingenuous in respect to the overall themes of the poetry collection. Again, take my opinions with a grain of salt!

Overall, it was enjoyable and a quick read! I rate it a solid 3 out of 5 stars. And I would recommend it to lovers of poetry who would be interested in gaining an insight into the highs and lows of women’s rugby.

I also want to extend my gratidue to the author for providing me with a free review copy in exchange for an honest and unbiased review.

📖 local library snapshot 📖
Blakwork by Alison Whittaker was an absolutely beautiful poetry collection that explored colonialism, racism and Australian Aboriginal identity. Alison Whittaker’s writing is masterful and I would highly recommend Aussie readers to pick this collection up.
🌼 just a tiny library book haul 🌼
i havent been able to get this out of my head ever since i read it.
One of my FAVOURITE reads of 2022 already. The Jasmine Throne by @tashasuri was a masterpiece in epic fantasy. I read this as part of the @sapphlit bookclub!
✨ currently reading Fathers and Sons by Ivan Turgenev! ✨