Which just made me think how wars sounded like someone was always trying to cut countries into pieces, and people were fighting over who got the biggest slices.

G’day friends! I hope you are all wonderful this rainy, freezing Sunday! Today I am so honoured to be a part of the blog tour for The Year the Maps Changed by Danielle Binks.

I have so much love for this book and I don’t think my review will do this book justice. Just know that I recommend you to read it immediately. Especially if you know any young teenagers. This book is so relevant and important and it needs to be read.

As usual, before I delve into the review portion of the post, here is the synopsis that is also available from Goodreads:

Sorrento, Victoria – 1999
Fred’s family is a mess. Fred’s mother died when she was six and she’s been raised by her Pop and adoptive father, Luca, ever since. But now Pop is at the Rye Rehabilitation Centre recovering from a fall; Luca’s girlfriend, Anika, has moved in; and Fred’s just found out that Anika and Luca are having a baby of their own. More and more it feels like a land-grab for family and Fred is the one being left off the map.

But even as the world feels like it’s spinning out of control, a crisis from the other side of it comes crashing in. When 400 Kosovar-Albanian refugees arrive in the middle of the night to be housed at one of Australia’s ‘safe havens’ on an isolated headland not far from Sorrento, their fate becomes intertwined with the lives of Fred and her family, as she navigates one extraordinary year that will change them all.

I was eleven when everything started and twelve by the end. But that’s another way maps lie, because it felt like the distance travelled was a whole lot further than that.

The Year the Maps Changed by Danielle Binks is a stunning middle-grade coming-of-age story about Fred (Winnifred), family, love, identity and belonging. It is a beautiful exploration of families and self-identity occurring in the context of 1999, where the world is being urged to welcome Kosovar-Albanian refugees as their homeland is being ravaged by war. Though these two seemingly separate stories, the way in which they become intimiately interweaved is breathlessly beautiful.

Fred is a wonderfully flawed protagonist. I adored reading from her perspective. We properly meet Fred in the aftermath of her biological mother dying, but having been adopted by her step-Father, Luca. Her family was Luca and her Pop (mother’s father). But when Luca meets Anika who has a son named Sam, Fred finds that her small family has suddenly grown and finds herself feeling as though she does not belong, especially when Fred finds out that Anika is pregnant. What is her place in this family, where she has not biological relation to any except for her grandfather?

Fred is a wonderful voice and the development her character is done so naturally. Where little interactions between Fred and Sam, for instance, demonstrate a growing up, an understanding of her place in this ‘new’ family. Of how her ‘maps’ are changing everyday.

My favourite character, however, would have to be Mr Khouri. I loved him. I wish I would have had him as a teacher myself because he would have irrevocably changed how I understood the world. Mr Khouri is Fred and Sam’s primary teacher (in this case, Fred and Sam are in a composite class where grade 5 and 6’s are placed in the same class) who is open and honest to his class about the current global issues. Mr Khouri is the one who introduces the idea that maps or geography are more than just lines or names on a page in an Atlas.

‘Remind me; what is geography really about?’
‘Human beings,’ I whispered, and then a little louder when Mr Khouri raised an eyebrow at me. ‘Human beings, and how we move across the Earth’s surface.’

Mr Khouri nodded. ‘And human beings can rarely be contained simply be drawing lines on a piece of paper, forcing them together or tearing them apart now, can they?’

Contextually, this story is happening during the Kosovo War (very simply, the Albanian-Serbian conflict) that occurred between 1998-1999. In the aftermath of the NATO bombings, countries around the world are urged to open up their borders in order to welcome refugees from the conflict. After recieving backlash after claiming that Australia will not welcome refugees, Prime Minister John Howard (i still hate him) decides to allow 4000 refugees into Australia where 400 of those refugees were to be placed at a Quarantine Station in Point Napean, Portsea (which is on the Victorian peninsula seen in the map below). Now, Australia took on these refugees with the ridiculously inhumane notion that it was only temporary and the government was incredibly forceful in ensuring that the refugees returned to their wartorn and destroyed homeland after the war was over. The government even paid $500,000 thousand to ‘educate’ the refugees to teach them how to avoid landmines. The Year the Maps Changed show this, whilst also showing the racism, casual agression and the impact of the popular media in fostering negative emotions towards the refugees in Fred’s hometown.

The way Fred’s life and that of her family’s become interwoven with the lives of these refugees is stunningly depicted. I cried many times whilst reading this book because it has such a depth of emotionality that surprised me. Though Fred’s situation was completely different, you still have a story about a young girl feeling displaced in her own home, wondering if who she is and if she belongs alongside characters who are displaced from their home country because of a war and in fear to go back.

Binks’ writing is exceptional. That is all I have to say about that. I found the narrative to be very authentic to a young girl’s voice as well as her relations and interactions with her friends, especially in the way growing up naturally changes friendship groups, etc. Honestly, I would absolutely love to see what Binks could do for a young adult or even adult audience, because the writing was just so well crafted espeically for the audience and age that the book is geared towards.

I loved this book and gave it 4.5 stars out of 5 only because I wish it was slightly longer. I felt that the last 50 pages or so felt rushed and though the ending was beautiful, I felt slightly unsatisfied because I wanted more. I highly highly recommend this book to everyone, and I urge my Australian friends to put this book on your TBR because it is incredibly relevant and important especially in our current political and cultural climate.

That is all from me for this review! I hope you enjoyed it. Make sure to check out the other stops on the blog tour! A big thanks to Aussie YA Bloggers for giving me the opportunity to read and review this beautiful book as well as being a part of the blog tour.

Danielle Binks is a Mornington Peninsula-based author and literary agent. Her debut book ‘The Year the Maps Changed’ is out with Hachette on April 28 – a historic-fiction novel for 10-14 year-olds, set in 1999 it deals with the events of ‘Operation Safe Haven’ and Australia’s biggest humanitarian exercise to-date. 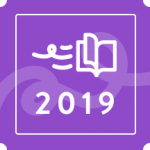