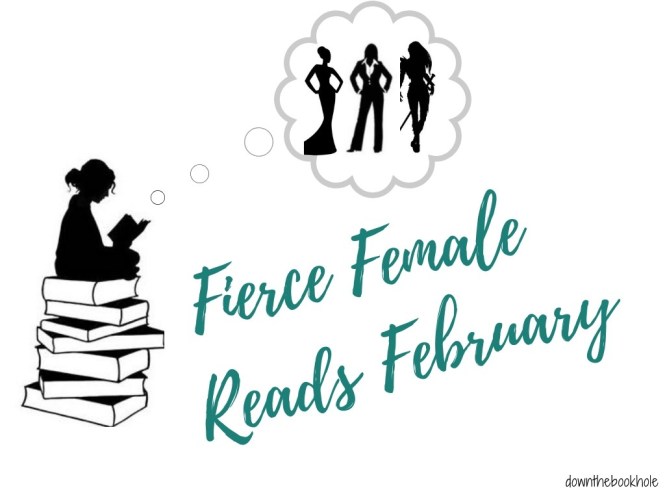 why i think Nora Roberts’ was ahead of the game

We all know her name.

She is one of the most prolific romance authors of our time as well as a crime/mystery author under the pseudynom J.D. Robb.

To say that I absolutely adore Nora Roberts’ novels would be an understatement. I have been reading and loving Nora Roberts’ books since I was around eleven or twelve when my mum handed me an anthology titled, The Quinn Brothers. The anthology was the first two books in the Chesapeake Bay saga detailing the love and lives of the Quinn brothers. I had the absolute biggest crush on Cameron Quinn as it was the first time that I really delved into adult romance and Cameron was just EVERYTHING to me.

When I was considering what to write for this year’s Fierce Female Reads Februrary created by Ashley at Falling Down The BookHole, I was in the midst of rereading one of my all time favourite series by Nora Roberts, that is, the Circle Trilogy. I think I was reading the second book, Dance of the Gods when it hit me: the women written in this series, in the early 2000s, were actually quite badass…NORA ROBERTS IS A FEMINIST QUEEN.

Here is the link to Goodreads if you want to read the synopsis for each book!

the women in nora roberts’ books

From the many romance books I read (and I read alot), I have noticed that in most cases (BUT NOT ALL DON’T ATTACK ME), the women are written in a particular way. They are steamrolled by the dominance of the male romantic lead; and though they have a seemingly strong personality, the men always seems to get their way. For instance, though I love Christine Feehan’s books, her men are written in a very specific way that is quite similar across most of her books. The Torpedo Ink series and the Sea Haven series, have similar macho-type men who mistake possessiveness and control for a healthy romantic and sexual relationship. I’m not talking like low level control, but problematic possessiveness and control in and out of the bedroom. The strength of the women in these books get pushed to the side which is such a shame as Christine Feehan, in this case, has super unique and interesting female characters.

Since it kickstarted this post, let’s look at the women of the Circle Trilogy by Nora Roberts. Glenna, Blair and Moira are freaking kickass, courageous and intelligent women who do not wilt under the attention of their partners. Glenna is one of my favourite female protagonists in a Nora Roberts series because she is incredibly powerful (she’s a witch), intelligent, independent and can kick vampire ass, but she still maintains her femininity as that’s what she enjoys. Nora Roberts makes it clear that being a strong woman doesn’t only mean completely eradicating the feminine or the personality of the character. I briefly discussed this idea in last years post for Fierce Female Reads February where writers think that a strong female character is all that the character herself is:

from ‘The Fierce Woman in Nalini Singh’s Guildhunter Series

Glenna embodies the feminine because that is who she is. Being a strong woman is being wholly and authentically yourself – flaws and all. Glenna is portrayed as a woman who is still growing within herself, and she makes mistakes but she continues to fight. I adore her! Her relationship with Hoyt is precious as Hoyt is from the early Medieval period so she gets to teach him the modern way (especially concerning the position of women in society). It’s great and Hoyt takes it like a champ.

Blair is also incredible. Can we just sit here and reflect on her character for a minute? She would have to have one of the biggest character growths in the Trilogy as she has to learn that it is completley okay to rely on a team for help. Blair is a vampire hunter who has been doing her job since thirteen, I believe. Her father doesn’t care enough to continue being in her life, so she has learned to be on her own and to rely only on her skills. She is physically, an absolute hurricane and can take down like five vampires on her own with minimal access to weapons. She is a badass. She is also emotionally traumatised and vulnerable. It doesn’t make her less than, she learns to accept and heal from her past alongside her found family. I freaking love that Blair is written as a woman who isn’t really sure that she wants to be in a committed relationship. Nora Roberts has always been amazing in showing a relationship between two people as naturally as possible which is also seen in Blair’s book, Dance of the Gods.

Moira would have to be my absolute favourite of the three women in the Circle Trilogy because I connect more with her than the other women. Mainly because she’s a scholar and is more comfortable in the cerebral than the action. But that doesn’t mean she doesn’t get shit done because she is an actual Queen of a kingdom and kicks vampire butt. Moira also has one of the biggest character developements in the story in terms of having to deal with the physical and emotional repurcussions of fighting an army of vampires. She doubts her own strength, her ability to lead and be a queen but she uses her doubts to ensure she does the best she possibly can. I adore her and how she utilises her intelligence to strategise for war and also to analyse and reflect upon herself. On a side note, her relationship with Cian is my absolute favourite THEY ARE SO PURE.

That’s it! I hope my rantings were coherent….but I think its relaly important to ackowledge that Nora Roberts was writing these wonderful female characters in romance WAY BEFORE there was a movement in the book community calling for authors to write strong female characters in healthy romantic relationships. I just love Nora Roberts immensly and obviously these are my opinions so please don’t attack me!

Make sure to check out the other posts in the Fierce Female Reads February period! I’ll be writing another post on the 19th of February!

2 thoughts on “Nora Roberts and her Strong Female Protagonists #FierceFemaleReadsFebruary”